Founded in 1976, Commonweal is dedicated to human well-being and the protection of the planet.

How the program contributes to peace and social consciousness:

The Power of Hope Program promotes a growing global movement of youth empowerment through the arts, which allows youth to develop confidence, a joy for life, a passion for the natural world, and the internal motivation to follow their aspirations and live a meaningful life.

During one of our 2016 peaceful world breakfast conversation, What is your Legacy?, Oren Slozberg was at the time Chief Strategies Officer at Commonweal and he had shared that he had met Sami, our founder in a few occasions while living in the Haight-Ashbury area for nearly a decade.

Oren founded EDGE, a program focusing on building community through connection, cognition and creativity, recognizing that as humans we have a quest for purpose and a sense of belonging. He mentored our staff as we began our journey into growing as a grant making and peace building foundation.

Again In 2016, Oren co-facilitated a peaceful world breakfast conversation with our upcoming 2017 grantee, Holistic Underground.  Exploring the topic, Entrepreneurship and Peace Building, Oren brought decades of experience to the table and cultivated a relationship with Holistic Underground’s Founder, Mazin Jamal which lead to Commonweal becoming their fiscal sponsor and launching Holistic Underground forward as a NPO.

In 2017, Oren became the Executive Director for Commonweal and continues to be an instrumental part of our work at the Peaceful World Foundation. He attended and participated at our 2019 Peace Festival where he elaborated on our collaborative efforts. 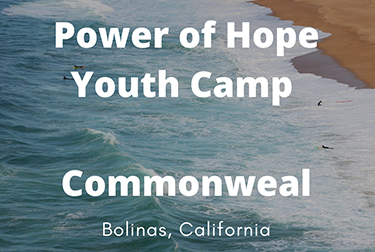